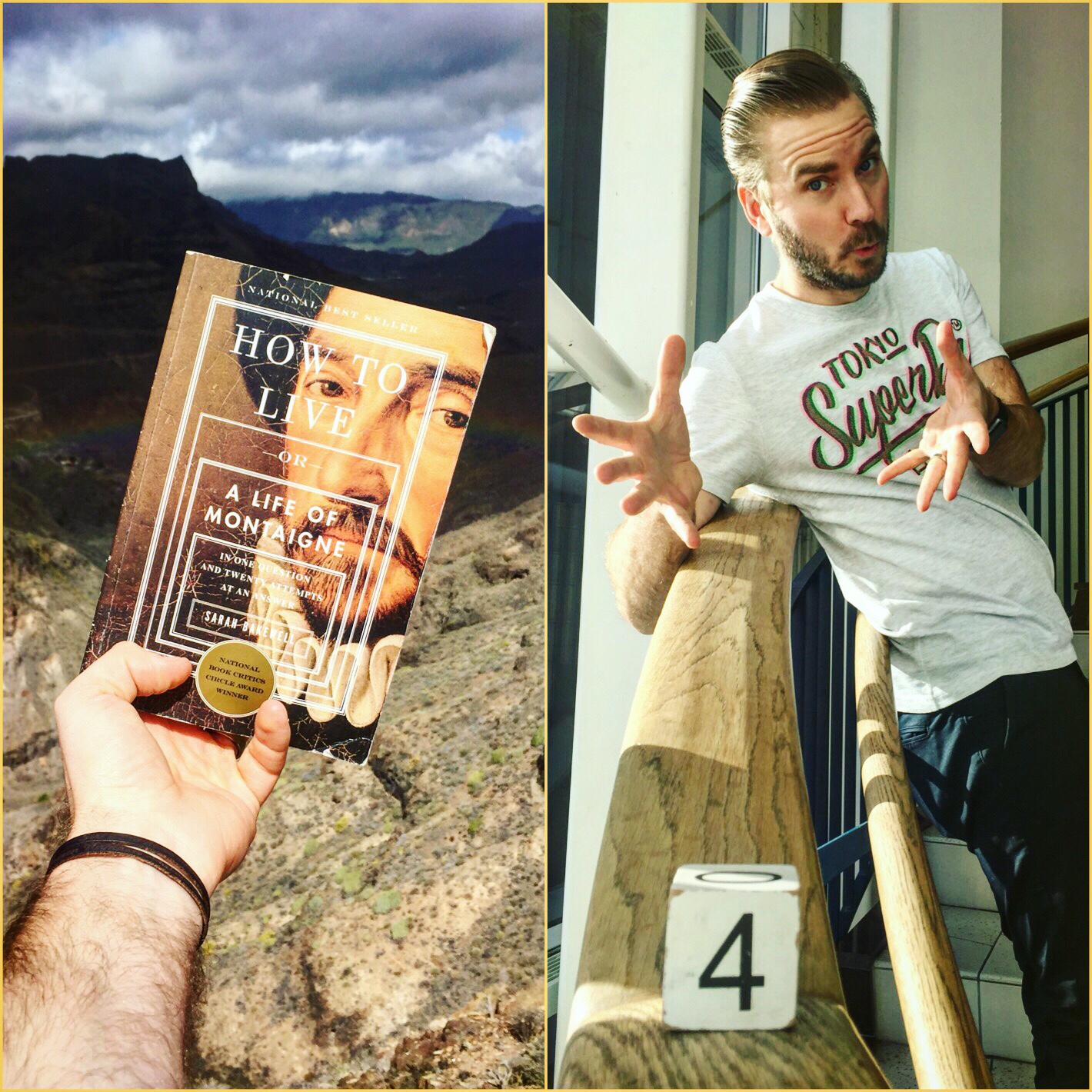 Ah Montaigne! I’m glad I got to know you. You are now officially added to my list of peculiar historical men that fascinate me to no end – alongside Ben Franklin and Teddy Roosevelt.

He wrote 107 essays with simple titles like “of Friendship”, “of Cannibals”, “of Names” and “of Cripples”. He was an observer of the world but most of all he observed and wrote about himself.

📝 He was send out by his parents to be nursed by peasants as an infant in a weird attempt to create a bond with “the commoners” that he would one day need to help.

📝 His parents educational experiment continued; Montaigne was brought up as a native Latin speaker! A tough plan to put in practice since the were almost no native latin speakers around. The rest of the household spoke minimal or no Latin.

📝 “A man… should touch his wife prudently and soberly, lest if he caresses her too lasciviously the pleasure should transport her outside the bound of reason” Montaigne quoted Aristotle. Saying, basically, the conventional notion in those days that being a passionate husband would turn the wife into a nymphomaniac. 😂

As Montaigne learned, one of the best techniques for paying attention is to write about everything. Just to describe simple things in the world opens your eyes to how marvelous they are.

📝 “Still French was his language of choice”. His essays gives a weird reason for this: French could not be expected to last in the same way as the classical languages (I.e. Latin). This was freeing. If his writing was flawed, there was less pressure on him since the where doomed anyway.

📝 He was a big fan of Hellenistic philosophy; Stoicism and Skepticism in particular. Stoicism encourages wise detachment and skeptics held themselves back on principle. His motto was “What do I know?”.

📝 In “on cripples” Montaigne writes about a rumor that lame women are more enjoyable in bed, and as Aristotle before him, he speculates that it must be that “their vaginas are more muscular because they receive the nourishment of which the legs are deprived.”

It’s a fascinating biography even for the uninitiated! Now I just need to read his actual essays!