The legend of Kaspar Hauser is one of the wonderfully strange stories of European history. For 200 years people have tried to make sense of this mysterious german youth. And it all started one morning with a boy wandering the town square of Nuremberg with a plea to join the cavalry army.

Finding out about Kaspar Hauser

It was really late one evening back when I studied in the dark and cold north of Sweden, when I turned on the TV to see a curiously strange scene from a German movie. I simple man was standing perfectly still, hand raised in the air holing a small paper note (a plead to the major to take him under his wings) in the middle of a city square.

The movie really made an impression on me, but I never got to know the name of the film or the strange man it portrayed.

The strange movie came to mind now and then during the coming 15 years, until I finally got the name of it. It was Werner Herzogs dramatization of the story of Kaspar Hauser (The Enigma of Kaspar Hauser).

Realizing it was based on true events I decided read a book about it.

📝 Kaspar Hauser was a German youth who claimed to have grown up in the total isolation, in a cage, in total darkness.

📝 “He could see in the dark as well as by day, but could not endure the light of the sun.”

📝 “His sense of smell was extraordinary.”

📝 He had magnetic qualities. “Iron attracted him; he declared that in riding, the iron saddle kept him in his seat, while his feet were held fast by the stirrups.”

📝 Chameleon-like. “The every-day face, which he wore to those immediately about him, Was neutral and commonplace enough, but instantly vanished if he was in company. “

📝 He was stabbed to death. Most likely by accident in an attempt to fake an assassination in order to be placed in the care of another protector.

📝 Many argued, both during and after Hauser’s life, that he was most likely just a fraud.

Was he just a liar and sociopathic narcissist all along! Or was his behavior was the result of year of assault and absence of parental love. Maybe a mix of both?!

Stories like these kindles a sense childlike wonder in me. The story is totally fascinating, but the book is dry and dull at times; even painfully so towards the end with its court witness accounts and endless dissing of other written accounts of the Kaspar Hauser story. 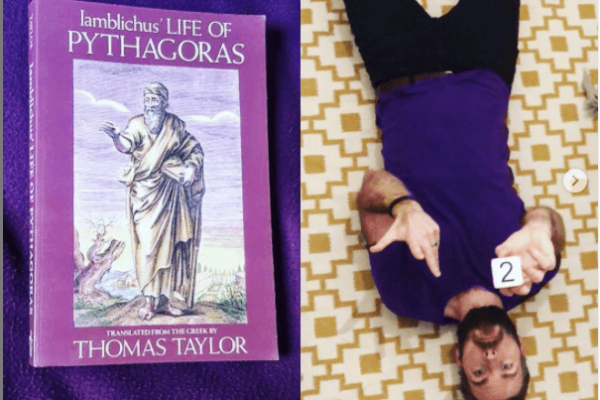