Time for a small break from the Top- 10 countdown before it reaches its crescendo. 😎

This became my first encounter with the modern existentialists thanks to a recommendation by @inside_brians_brain . In this book we get to know Sartre and de Beauvoir primarily – but also Camus, Heidegger, Merleau Ponty to name a few! And we are taken on a journey where we get to familiarize with their concerns about being human, freedom and above all; authenticity.

📝 Remnants of existentialist ideas in modern culture: “The vague longing for a more “real” way of living leads some people for example to sign up for weekend retreats in which their smartphones are taken away, like toys from children, so that they can spend two days walking in the country landscape and reconnect to each other and their forgotten selfs.” Did I mention that I wished for a “silent retreat” for Christmas?! 🤣

A philosophy of describing reality in detail, exactly how it’s experienced in the moment. An example of phenomenology in action would be wine tasting.

📝 Sartre wrote a lot. Averaging 20 pages a day during his lifetime.

📝 Sartre gave money away as fast as it came – and books after he read them. The only things he kept was his pipe and his pen. ”Nothing was to be kept in place of the money. Just memories.”

📝 About the pre-war rise of the nazis: ”Sometimes the most educated people where the least inclined to take the nazis seriously, dismissing them as too absurd to last.”

The books is complex and so are the persons it portrays. It was slow to hone me in – but now I’m excited to learn more! I’m already committing to further studies of the existentialists and to embrace the density of existence, it’s anxiety and contingencies.

“At the Existentialists Café” by Sarah Bakewell 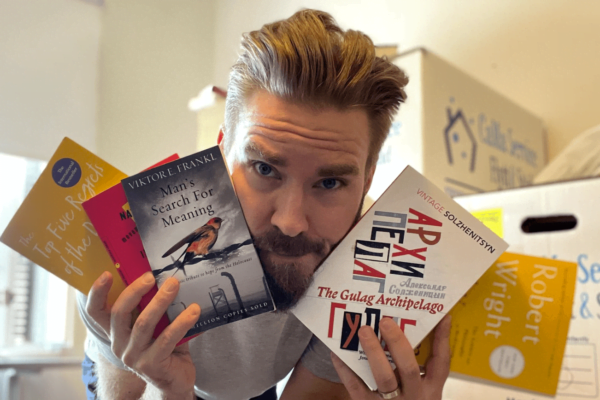