I had more note than I could possibly share in my review. Here is the full batch. Raw and unedited!

If we put ourselves in order maybe we will do the same for the world?

Author of “map of meaning”

Wrote an answer of quora and struck a home-run.

Our religious stories where moral rather than descriptive.

Why are shared beliefs so important to us that we are ready to the destroy the world for their cause? (The Cold War). A shared belief systems simplifies everyone and it simplifies the world around them. Making it easier to predict action of others and cooperate. It takes the world.

We as individuals need to take responsibility of all of the world and all of its suffering.

“If we all lived properly, we will collectively flourish”

The poor and stressed always die first. “When the aristocracy catches a cold the working class dies in pneumonia “

Dominance games has been part of lobsters lives for almost an eternity. To the the dinosaurs we are the new kids on the block.

Dominance hierarchy is real! It has survived and been selected for eons. A near eternal aspect of the environment.

If we get defeated too many times we get depressed and can’t muster the energy that society and everyday life demands from us.

The importance of this can hardly be overstated.

The lower you are in the hierarchy the more you have to be on guard. It’s dangerous in the lower ranks and you have to spend a lot of energy reacting to your surroundings.

Routine is necessary, the stuff we do everyday needs to be automatized – it must be turned into stable and reliable habits so that they gain reliability and lose complexity.

If depressed: get your sleep in order and eat a proper breakfast.

Acgriophopia: fear of going outside.

One foot in order and one in chaos is the way forward.

Render the people you care about competent not protected

If we want to take care of ourselves we need to respect ourselves, and we don’t..

If they know you can bite you are less likely to have to.

If you say “no!” early and clearly it stops attempt at exploitation and bullying.

You don’t have to be low status! Maybe you can stand up for yourself.

If you present yourself as defeated people will perceive you as a loser.

Stand tall and speak your mind! Dare to be dangerous.

Rule 2: treat yourself like someone you are responsible for helping.

Doing anything was not cool! (My childhood)

You are associating with people that are bad for you because it’s easy.

Maybe your default assumption should be that the person has rejected the way upward just because it is challenging and hard?

You should associate with people who aim to make the world a better place. Who’s life’s improves when your life improves. If you surround yourself with people who support your upward movement they will not tolerate your cynicism and destructiveness.

People who are not aiming up will do the opposite. They will offer a former smoker a cigarette and a former alcoholic a beer. They will be jealous.

“What you aim at determines what you see”

Peterson will say the same thing but going to the root cause of its: how the sight and seeing works and how expensive our sight is to use. How our goals or focus then determines what we see in the world. How the priorities change. If we want to focus on trouble we see trouble, if we focus on opportunity, we see opportunities.

A problem is that we try to individualize problems, no matter how rare, must be solved by societal reconstruction . We try to include smaller and smaller numbers of people, who do not and will not fit in societies ordering structure.

Sometimes it’s the individuals in it that are corrupt. (Bookmarked)

“As hard as it is to believe, a patient adult can defeat a two year old.”

We feel more negative about a loss or a certain size than of a reward of the same size. Pain is more potent than pleasure.

If a child has not learned to behave properly by the age of 4 it will forever be difficult for him or her to make friends.

Rule 6: set your house in perfect order before criticizing the world.

Don’t blame your enemies, capitalism or the leftists. Don’t reorganize the state until you have ordered your own experience!

With time, I came to understand through the great George Orwell that much of such thinking found its motivation in hatred of the rich and successful instead of true regard for the poor.

“Aim up, pay attention, fix what you can and don’t be arrogant in your knowledge , strive for humility, be aware of your weaknesses. Consider the murderousness of your own being before condemn and judge others. Maybe you missed the mark? And most importantly, don’t lie! Lying is the path to hell.”

Rule: “tell the truth, or at least don’t lie”

Ideologs : “capitalism is bad”. Chooses an axiom and view the world only from that point.

Rule: “assume that the person you are listening to might know something you don’t”

“People organize their brain with conversation. If they don’t have anyone to tell their story to they lose their mind”

You and I are simple, as long as the world behaves. It’s when I breaks down that complexity is revealed. A working car is a thing that takes us where we want to go. But when it breaks all the complex parts of the machinery that makes it work reveals itself. Society is the same.

“The past is not necessary what it has been even thought it already was” as in the case of a partner being caught having a long going affair.

Rule 11: don’t bother children when they are skateboarding

“The smell of the unemployable” – the odor of a body and psyche that is not working right.

“Why does it so often seem to be the very people standing so visibly against prejudice who so often feel obligated to denounce humanity itself?”

“It’s the pursuit of goals that in large parts lends life its sustaining meaning. We experience almost all the emotion that makes life deep and engaging as a consequence of moving successfully towards something deeply desired and valued.” The price we pay for this is inevitable hierarchy. Equality would sacrifice value itself and there would be nothing worth living for. But! Despite hierarchy there are many games to play and many winners!

The eatapel mother: I will do anything for you as long as you’d don’t leave me. The witch in Hans and Gretchen. The terrible mother. Etable?

Too much protection devastates the developing soul.

Maybe the environmental problem is ultimately spiritual? If we put ourselves in order maybe we will do the same for the world. 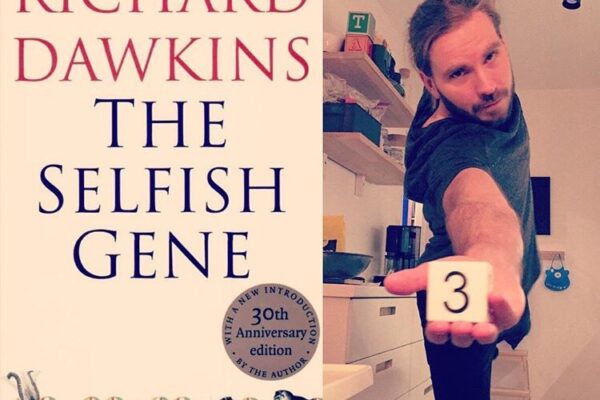